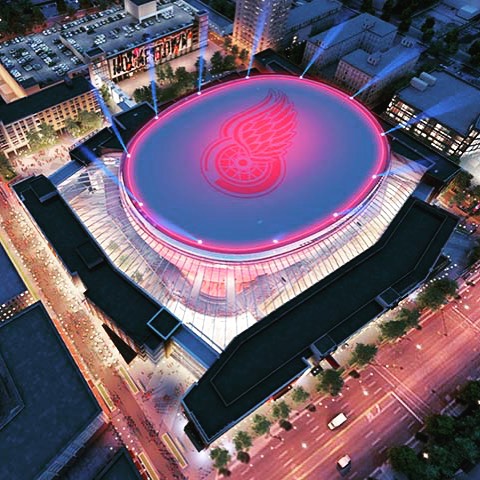 For a variety of reasons, I’m pretty sure that I’ve seen more Detroit Red Wings hockey games live on January 3rd than any other date on the calendar (yep, I keep track). And I’ve been to dozens, if not hundreds, of games at this point in my life. So I figured it’s only appropriate to make my third consecutive blog post of the year about the in-development transformation of Hockeytown and my conflicted emotional state about the whole thing.

Just before moving to Chicago, I was offered an opportunity, after about 8 or 9 years of patiently waiting, to claim my coveted season tickets. Unfortunately, I had to pass on this rare, once-or-so-in-a-lifetime chance as I had just signed an apartment lease and was moving to Chicago that summer. This made things even more complicated, but as a life-long and die-hard Detroit Red Wings fan, I was confident that I’d find acceptable alternatives like attending playoff games every year.

Interestingly, I would later take on the Chicago Blackhawks as a digital & mobile app development client, resulting in a unique opportunity to design and build a professional sports team’s mobile app at a pivotal time in the evolution of the industry. Amongst invitations to visit and brainstorm with a number of the office staff, I found myself de-sensitized to the off-limits environment which, up until that point, had been elusive to this lifetime hockey fan. It was simple, really, I was a Detroit Red Wings fan and no level of access to the United Center or the opposing team would change this. In fact, during every visit, I secretly hoped to bump into Scotty Bowman when I was wandering the hallways and didn’t even respond when Coach Quenneville waved at me one day.

Getting back on track, I’d like to talk about the evolution of my favorite sports team’s home in Detroit since December 27, 1979. Much like the Detroit Tigers’ migration from Tiger Stadium to Comerica Park, there will probably be many mixed emotions and it will take a year (or five) to get accustomed to the change. Olympia Entertainment, and the Ilitch family in particular, have spent countless dollars over the years to ensure that my team maintains its reputation and level of success — there is no doubt in my mind that they are doing all that is necessary to further reinvigorate the downtown Detroit area with the Events Center and District Detroit. The incumbent Joe Louis Arena, widely considered to be one of the worst sports venues in the country, continues to benefit from 20,000+ fans who have religiously supported and helped to sell-out hockey games over the past two decades. I know that these fans, like myself, would vehemently deny this accusation as the truth simply because the environment is so authentic, memory-generating and affords such a rare, consistent experience over time. Very little about the arena has changed since I first stepped foot in the building — the smells, photographic wall art, usher patterns, appeals to purchase programs, Little Caesars pizza, even the merchandise available from the alumni store — these little nuances all add up to something incredibly valuable in a time where impulse has overtaken everything and everyone wants and now has immediate gratification.

In all of my years of being a fan and paying attention to my team, they have made the playoffs. It’s literally unbelievable that a team that someone follows every year has been in contention for a championship. But that has been my experience with the Red Wings, and no matter where the team plays, I will forever be a resident of Hockeytown and cheering them on.